Posted on November 8, 2014 by leawalkerblog

When you think of Central Park , what comes to your mind?

In my case, I thought of walking in the park… Feeling the fresh autumn breeze. Relaxing under the shady trees. And just enjoying the glorious day I am spending in Manhattan. 🙂

It was beyond my expectations, to be honest about it. Even if autumn wasn’t in full bloom yet. But then again, I have simple joys. And remember, I am kinda boring. ha ha…. Little things make me happy.

Our day started by going to the Grand Central Station with my sister inlaw and brother inlaw.

After sending them off to Connecticut, the hubby and I,  proceeded to Bryant Park along 42nd street.  I will be writing about that in a separate blog. 🙂

After lunch, we took a taxi to Central Park. The driver dropped us off near Columbus Circle along 59th St.  We found a big map of the park at the entrance. As we were studying it, tricycle drivers came and offered to take us for a ride. At $50 dollars for 30 minutes. lol

We said no of course. Instead we proceeded to the Visitor Center nearby and got us a copy of the map. And started strolling leisurely. 🙂

So let’s start with the map. I took this photo as soon as we arrived at the entrance. 🙂  You will find a copy here –  http://www.centralpark.com/guide/maps.html or email me for a higher resolution map. 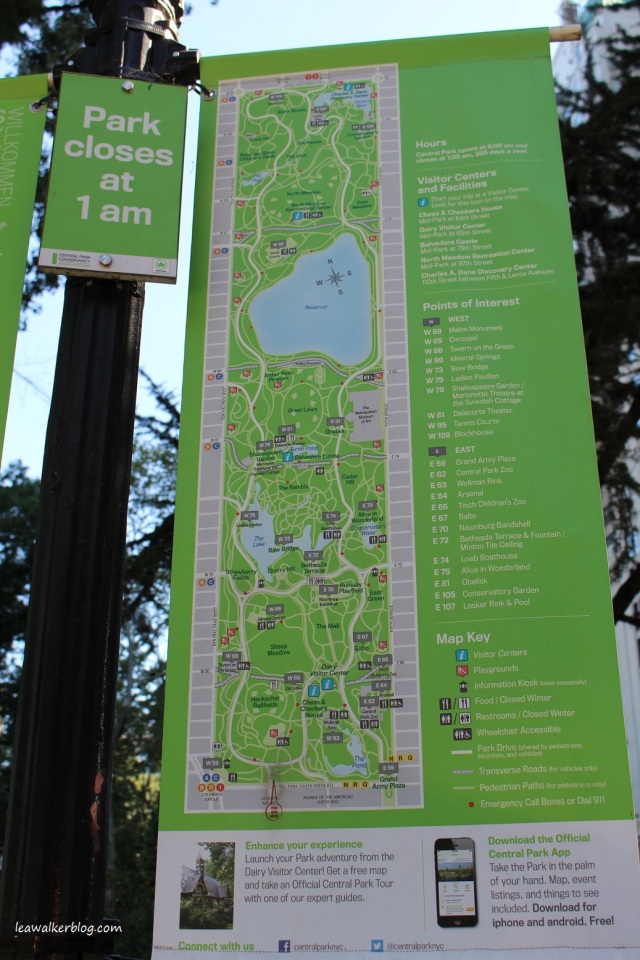 THINGS TO DO IN CENTRAL PARK:

Most people in New York City come to the park for relaxation. I saw some sleeping in the grass. Some were on a picnic.  Some were jogging, biking, riding the “kalesa” (carriage) , on a tricycle ride, etc.  For us, we were just enjoying the atmosphere. 🙂 John , being an american is used to park with beautiful sceneries. I am not. Parks like these are normally owned by private entities. In Davao, we have Eden nature park. It is beautiful, don’t get me wrong. But not as well developed. And not as amazing as the parks I have visited here.

Being in Real Estate, I am always thinking of the land valuation. Manhattan is one of the most expensive real estate in the world. And yet Central Park,  with 843 acres (341 hectares) , is being preserved as an oasis for people who want to enjoy nature. And it is free! That to me is so amazing….

What I love about it the most is that,  there was no blaring sound coming from a loud speaker. We were surrounded with high rise buildings with busy traffic and thousands of people and yet, it was not noisy.  Everyone was left alone to their own world and thoughts…. 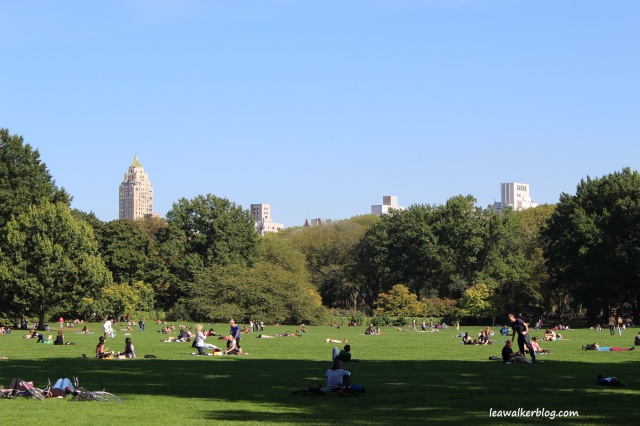 I love the park bridge! Don’t you? 🙂 Ka sosyal di ba?!  I don’t like walking/jogging much, but if I have this nearby, I would go here everyday. haha

Ahhh.. who wouldn’t identify this bridge? Most women love chick flicks. 🙂 And the Bow Bridge has been shown in many romance films. I remember Serendipity.  Ya know, that sweet movie with Kate Beckinsale and John Cusack… I’m just so happy that my own John, took me here. 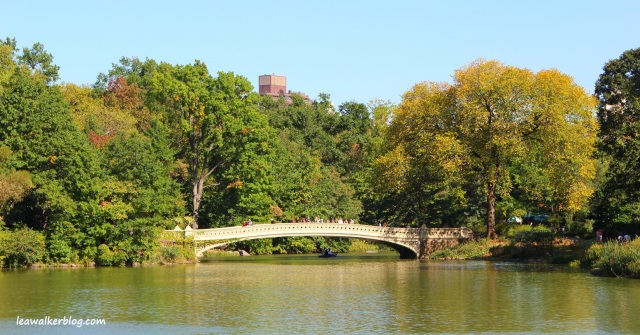 Simply called The Lake, this is where most visitors ride in paddle boats. It’s so romantic right? Maybe if we had more time, we would have tried it too. For now, I just contented myself by taking photos of the beautiful scenery infront of me.

Famously known as the Swedish Cottage, this cottage was built in Sweden in 1876. And was placed in Central Park on 1877. It served as Headquarters of the Civil Defense during World War II.

But now, it is being used as a theatre. Hence, the name Marionette Theatre.

Originally built in 1869, Belvedere Castle was used as a look out. This time, it is being used as New York’s Meteorological Observatory supervised by the United States Weather Bureau.

Photo above. The view from the roof top. 🙂

A little trivia below. 🙂 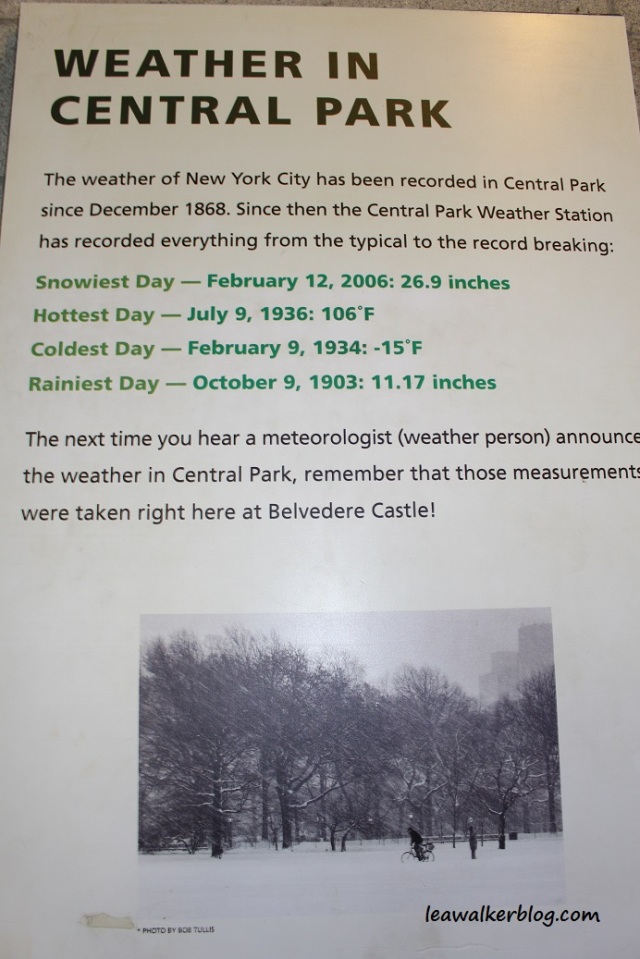 From the castle, we walked towards the back and followed the small trail. 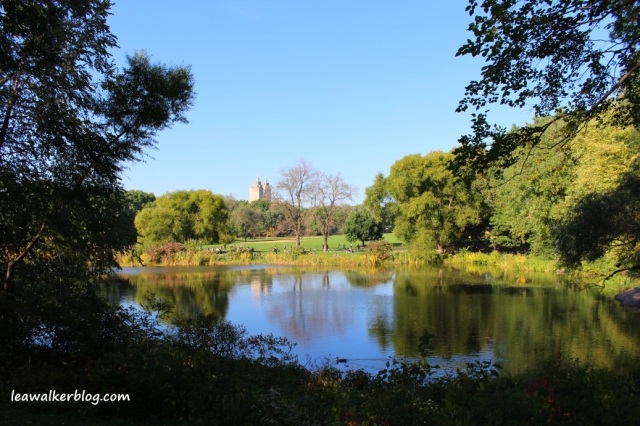 Turtle Pond. As viewed on the trail at the back of Belvedere Castle. So peacefully beautiful right? I love Central Park! 🙂

THE OBELISK:  (text – courtesy of http://www.centralpark.com/guide/attractions/obelisk.html)

Known as Cleopatra’s Needle, this ancient artifact was Pharaoh Thutmosis III around 1450 BC in celebration of his 3rd jubilee.  Two of these obelisks were constructed, and, around 13 or 12BC, they were transported from Heliopolis to Alexandria. The pair was separated in the late 19th century; one was sent to London and another to New York City, both by the Khedive of Egypt in exchange for aid in modernizing his country.

The Obelisk’s move to New York City was nothing short of arduous. Once in the City, it took laborers four months to simply move it from the Hudson River to Central Park where it now stands, located behind the Metropolitan Museum of Art.

The Obelisk is known as the oldest man-made construction in Central Park. Its shaft is 71 feet high and weighs about 200 tons. Each corner of the Obelisk’s base is supported by huge, 900 pound bronze replicas of sea crabs originally created by the Romans while it was in Alexandria. Each year visitors come to marvel at this piece of history, officially designated a scenic landmark in 1974 by the NYC Landmarks Preservation Commission. 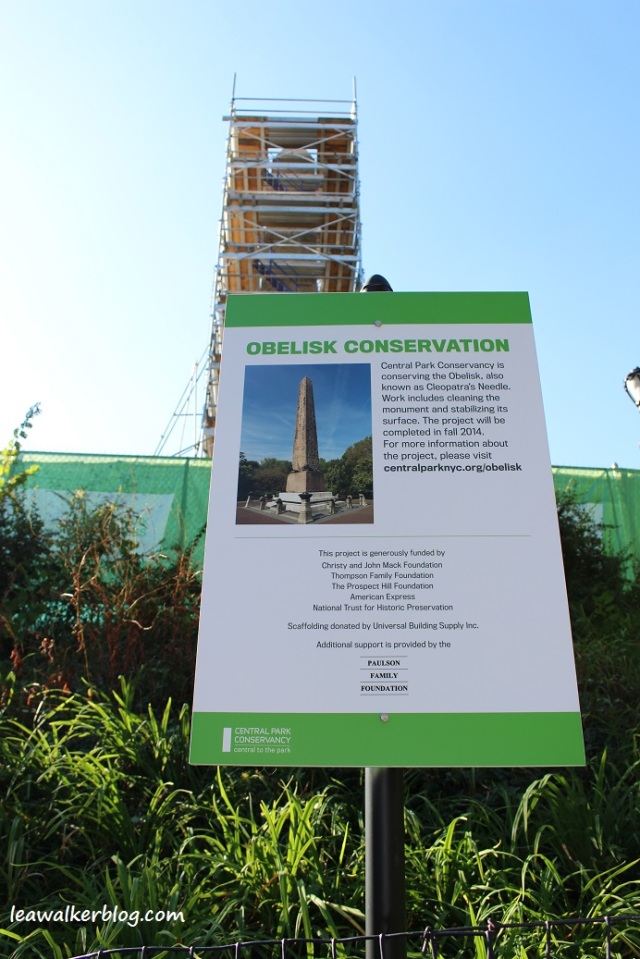 As of the moment, it is being renovated. Hence, wasn’t ready for viewing yet, when we where there.

TAVERN ON THE GREEN: 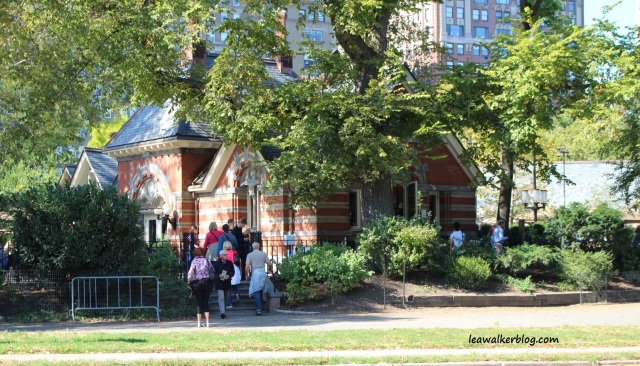 If you get hungry from that long walk, this restaurant offers good food. Movies like Ghostbusters and Wallstreet, were partly shot here. 🙂

There are benches all over the place. So you can stop , sit …. Mind or not mind about everyone and everything around you.  See.. that’s me trying to rest. hehe

OR you can sit on the grass….

I soooo  loved my experiences in Central Park. 🙂

Thank you Lord for the blessings. And thank you John for making this memorable.