I have been remiss on my blog again. The hubby and I am traveling as of the moment. Hence, the late entries. I apologize.

You know, I have been flying from Manila to the US several times already. One would think that I’d get used to it by now. But to be honest, I still get tired and stressed over traveling.

Our Dvo-Manila trip was delayed for an hour. The plane wasn’t able to leave as scheduled because they waited for some passengers who were late of course. It’s a good thing that traffic wasn’t that bad when finally, the Resort World shuttle picked us up at the airport.

Check in at the Remington Hotel was uneventful. As usual, the staff are professional and very accommodating. We were in our room in about 15  minutes or so. After which, we decided to walk to Marriott Cafe for their Buffet Dinner. I look forward to either their grilled lobster or prawns. Sometimes, crabs or kuracha are on the menu too. By the time I eat a plateful or more, I got what we paid for. ha ha  To read more on Marriot Buffet, please check this link – https://leawalkerblog.com/2015/11/14/the-marriott-cafe/

This is what I feasted on that night. 🙂  My vacation has officially started. ha ha 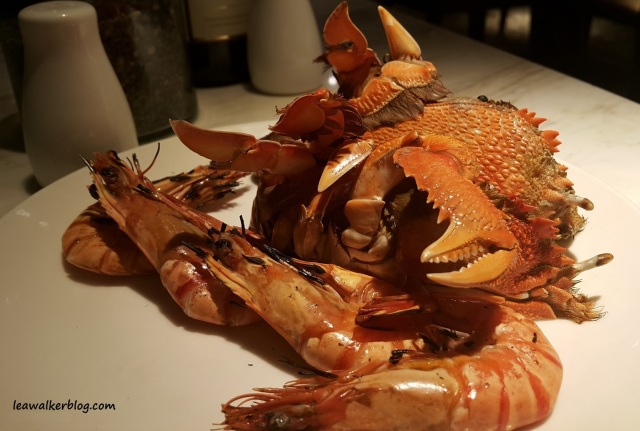 After a sumptuous dinner, we walked back to the hotel. I remember asking the receptionist for a wake up call.

Which they did at 5 in the morning the next day.

The view from our room.

Our booking came with breakfast, but who eats at 5:30am? So we just got our coffee and waited for their shuttle. That’s what I love about staying here, they have airport shuttles which make it a lot easier than hiring a taxicab.

Our flight isn’t until 9am. We just want to be at the airport early to avoid the traffic, for one. And avoid the stress of being late. You know what happens when you are late. All hell breaks loose,  so to speak. True enough, things went smoothly. Thank God.

And oh, for the first time, the airport didn’t scare me! 🙂 You know about the bullet scams right? Since President Duterte was in office, the airport scams have been cleaned up. So yes, that’s one stress taken cared of while traveling to and from the Philippines. Yehey!!!  I noticed that everything was in order. Plus it was very clean. Thanks to the new airport officials and employees.

This is my second time with ANA Airlines. I like their dreamliner planes. It’s spacious and more modern. You can dim the window from bright to dark just by touching it.  The pilots are great and so are the crew. The only setback is that Japanese food isn’t my favorite. 🙂 And their TV is smaller compared to that of Delta and Japan Airlines. I don’t sleep well when we’re on air. So I watch several movies to pass the time. 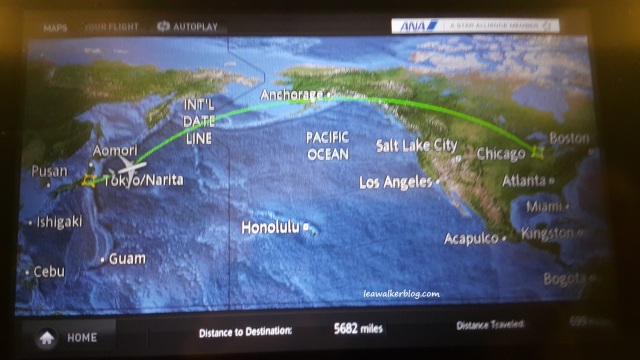 Flight path as seen on the TV infront of my seat.

New movies on the screen. 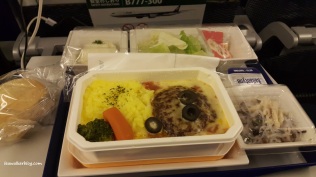 Lots of food and drinks on the plane. 🙂 That does not include the “merienda” pa. ha ha

I mentioned above that I love ANA’s Pilots right? On my first flight with them, his take off and landing are so smooth, it wasn’t scary at all. This time, even with the typhoons (back in the Philippines when we left and in Florida as we reached the US), the ride wasn’t so bad considering the wind on our path. I got scared but then again, that’s just me and my paranoia….

Finally, we landed at Chicago  O’hare International Airport. The line at the Immigration was so long , it took us a long time to go through. By the time we were done with the interview and finger printing, our luggage were the only ones left at the terminal where we were supposed to pick them up. I’m glad that ANA’s staff did not leave them until we arrived. Nice of them right? 🙂 Thank you!

One thing though, our interviewer was very nice. He asked me if I have anything to declare. And I said, just dried fish for my friend. He was fine with it. 🙂

Our next stop was Thrifty Rent A Car. We booked our vehicle through a third party, http://www.rentalcars.com . But when we arrived at Thrifty, they have no available Jeep Grand Cherokee. Instead we were given a 4×2  Dodge Journey. Don’t get me wrong. Dodge is a really nice vehicle. But it is by no means the same level as the Jeep Grand Cherokee. I do not understand how rental cars businesses in the US get away with it? You pay for a top dollar on a high end vehicle. And they give you the second best. Hmmmnnnn… Tell me, isn’t that some kind of a scam too?

Anyway, I’m just glad to get out of the rental car office. After about 20 hours of traveling, including stop over in Tokyo, Japan – we were so tired already. We just wanted to move on and proceed with our trip.

That being taken cared of, our next target is AT & T, to pay for our mobile and data connection. Yes, AT & T has that facility. Where you can retain your US number even if you’re out of the country. And just pay the monthly bill while you are in the US. I found that so convenient and helpful. We need google map and GPS when we are road tripping, you see.

By the time all these were done, it was time to eat. I needed  rice!  It was so awesome that beside AT & T was Panda Express, a Chinese fast food outlet that offers Asian cuisine . And most importantly, they have rice! 🙂

My order came with 2 meats (beef steak and spring roll), rice and noodle.

After dinner, it was time to check in at the hotel. 🙂

Since I had prior booking, that didn’t take time at all. In about 10 minutes, we were in our room already.

To say that we were exhausted was an understatement. Hence, the King Room I booked at the Best Western was a welcome sight.

Our home for the night.

For an overnight stay, this hotel is perfect. The price is just okay for what you get. Plus booking comes with breakfast. So if you ever need to stay overnight near Chicago O’hare International Airport, consider booking at Best Western. I did mine through – http://www.agoda.com

So I guess, that’s just for tonight my friends. Come back and travel with us!  Thank you.