Just a few miles off Interstate 40 is the world’s most preserved Meteorite Impact Site on earth.

Meteor Crater is nearly one mile across, 2.4 miles in circumference and more than 550 feet deep.

The meteor, a size of a bus,  crashed on earth about 50,000 years ago.  And left a humungous mark on Arizona’s arid landscape.

The hubby and I had the chance to visit the park recently. Coming from Grand Canyon National Park (will write a separate blog for this ) , Meteor Crater was a short but very nice stop on our way to Holbrook, Arizona where we will be staying the night at.

Check the photos so you will get a grasp of how big a mark this bus-size meteor left on earth. 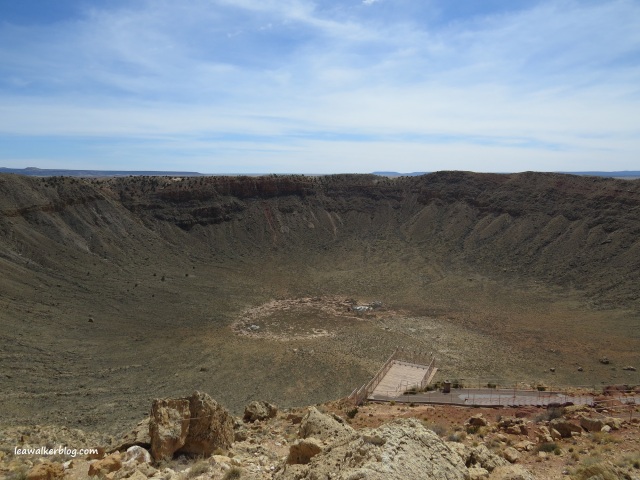 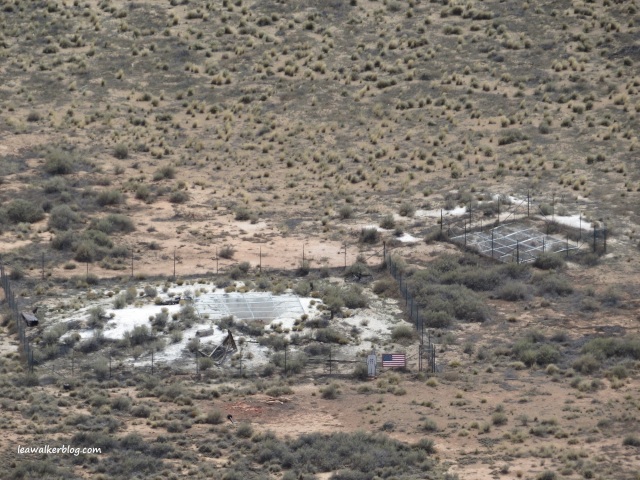 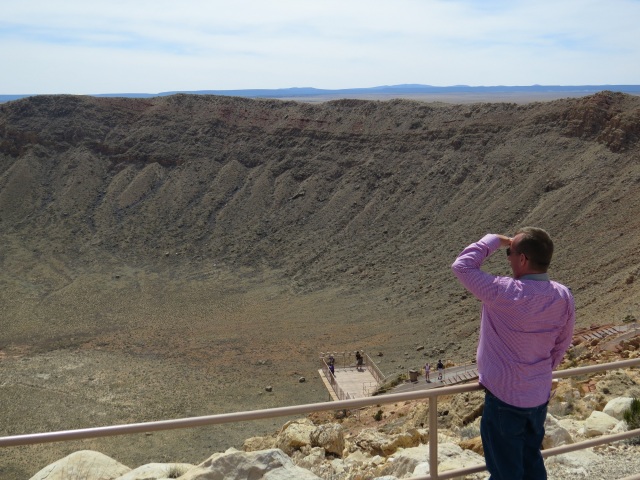 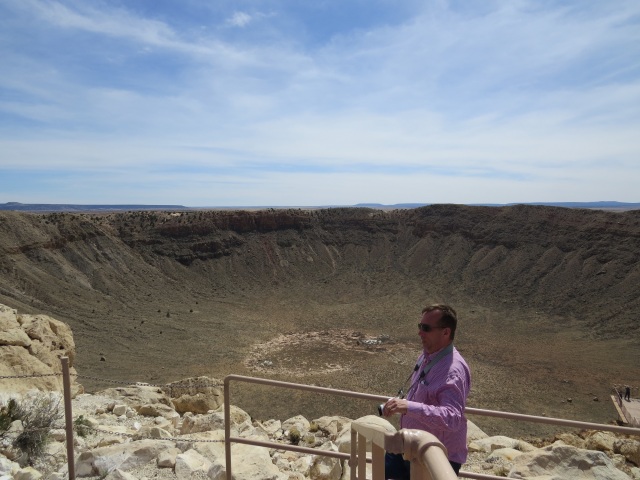 Remember, the depth is 550 feet. And that’s after all the erosion over the years. Scientists believe that the original depth is more or  less, 700 feet.

The total circumference of the hole is 2.2 miles. That’s 3.54 kilometers! For a bus-size meteor. Think what the effect would be if another meteor or asteroid crashes on earth that’s bigger than a bus? God forbid huh!

Meteor Crater National Park’s Visitor Center is located in Interstate 40, Exit 233
Winslow, AZ 86047 USA.  The entrance fee for adults is $18 dollars per head. It has a Subway inside which is perfect when you get hungry after climbing the viewing deck. 🙂

They give a short introduction to tourists. And there’s a theatre inside showing a 3D movie of the impact. 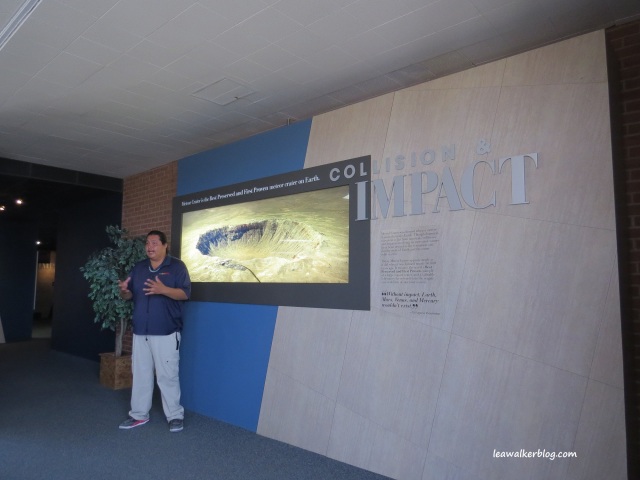 There are long lens telescopes at the viewing decks, making it easy to see the bottom of the crater.

Behind me, someone was using the telescope. 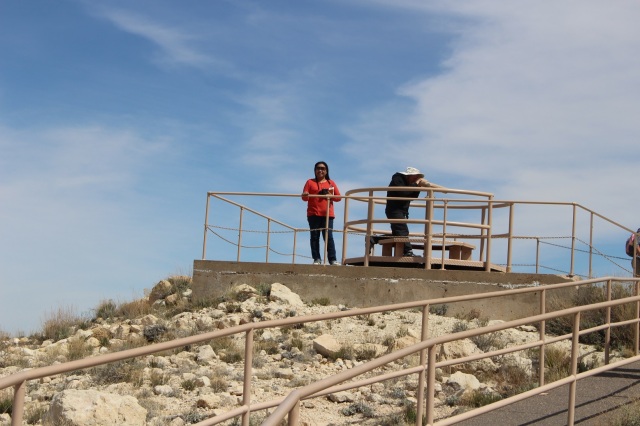 Taken at the top viewing deck.  Check the desert behind the hubby. I wouldn’t want to get lost out there! 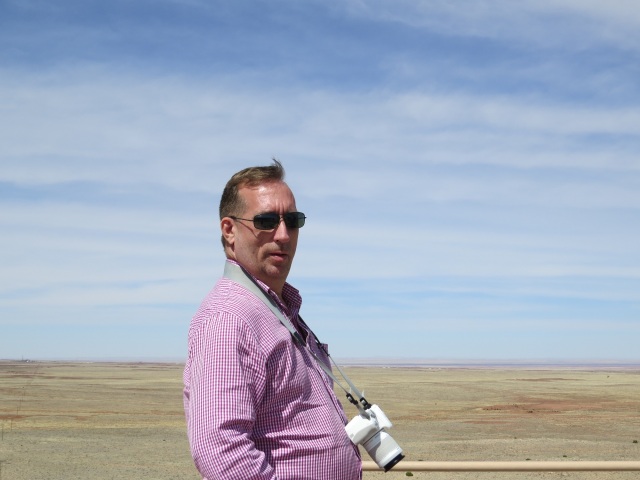 Before this crater, scientists believed that all craters came from volcano eruptions. But because of this finding, now we were given a proof that there are craters on earth caused by meteor and asteroid impacts.

As we were heading back to I-40, we were lucky enough to see some antelopes beside the road. 🙂 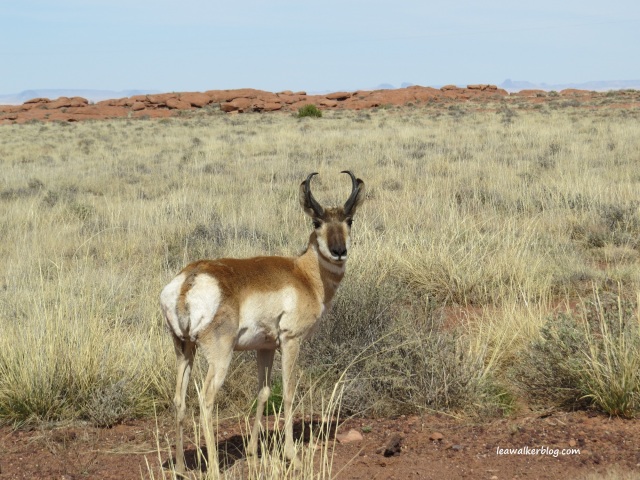 If you are in Arizona, include the Meteor Crater National Park on your list.  This is just 45 minutes away from Flagstaff, Arizona.  And about 2-3 hours ride from Grand Canyon National Park.