Posted on November 3, 2012 by leawalkerblog

The Natchez Trace, also known as the “Old Natchez Trace”, is a historical path that extends roughly 440 miles (710 km) from Natchez, Mississippi to Nashville, Tennessee, linking the Cumberland, Tennessee and Mississippi rivers. It was created and used for centuries by Native Americans, and was later used by early European and American explorers, traders and emigrants in the late 18th and early 19th centuries. Today, the trail is commemorated by the 444-mile (715 km) Natchez Trace Parkway, which follows the approximate path of the Trace,[1] as well as the related Natchez Trace National Scenic Trail. Parts of the original trail are still accessible and some segments have been listed on the National Register of Historic Places. (courtesy of Wikipedia)

I had the chance to see this place during our Alabama-Tennessee road trip. John drove through here because it has lesser traffic plus the view is fantastic. (You won’t see anything if you’re driving through the interstate.)

If you love nature, then take this scenic route if you ever go to Mississippi. It’s worth the trip! 🙂

I took the video above during the 1st week of October when autumn was just starting. The leaves have turned into several colors, they looked so beautiful.  I just feel so lucky to be there at the right time. 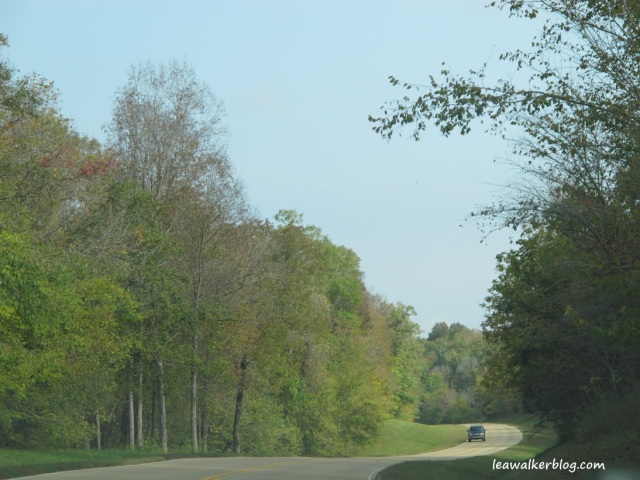 1 Response to The Natchez Trace