Posted on October 9, 2013 by leawalkerblog

We arrived in Los Angeles, U.S.A.  on September 27. The trip from the Philippines took about 16 hours including the lay-over in Tokyo, Japan. Yeah, we were so tired and hungry. The breakfast that American Airlines gave was just bread and coffee. lol (I have not eaten rice for over 1 day! Gawd..) Well, even John commented that it was a crappy breakfast. haha

Before the plane landed, I saw the famous Hollywood sign. I grinned and told John that I never thought I would ever see that. I mean, ya’ know, we only see that on TV. ha ha

I just have to comment on this, the baggage claim area in L.A. was really organized. I love that! Claiming baggages wasn’t a hassle at all.

The line at the Immigration counter took time because of the volume of arriving guests. I remember, the Immigration officer asked me – Lea are you going to work in America while you are here? Which I promptly replied, “No , I’m going on a roadtrip with my husband”. And grinned..  I wasn’t excited, at all… Did not show right? ha ha  The officer gave me a 6 months stamp on my passport and off we went.

Welcome to America for the 2nd time. 🙂

Next stop was at National. Nope, not the bookstore. lol  But the car rental agency! 🙂

I booked this online through www.traveljigsaw.com . I got a really good rate, plus the customer service is awesome!

Claiming the rental car was uneventful. I just showed them the prepaid voucher and voila, the in-charge at National gave us the key to the Ford Escape I rented months ago.

You know, we planned this trip for almost a year. So everything’s booked. I’m a stickler for details when it comes to travelling. All vouchers are neatly filed in one folder so I do not have to worry of losing them.

Traffic was bad from the airport to Glendale, California. But unlike in my country, it was orderly. No overtaking and such.. he he.

John and I had a hard time looking for the Hilton though. We finally decided to stop in a restaurant and ate first. 🙂 Thankfully, the waitress knew where exactly it was.

We decided to park in the basement and just took the elevator to the lobby. Check in was definitely a breeze. After unpacking, etc. We fell asleep. lol

Our room at Hilton Glendale.

But woke up around 4pm and drove to  Glendale Galleria. The hotel receptionist was so helpful and gave us a map of Glendale. So finding it wasn’t a problem at all. We had 3 things to do there. 1) to eat. 2) look for a go phone 3) look for an Eddie Bauer shop. No. 3 is a must for John. lol 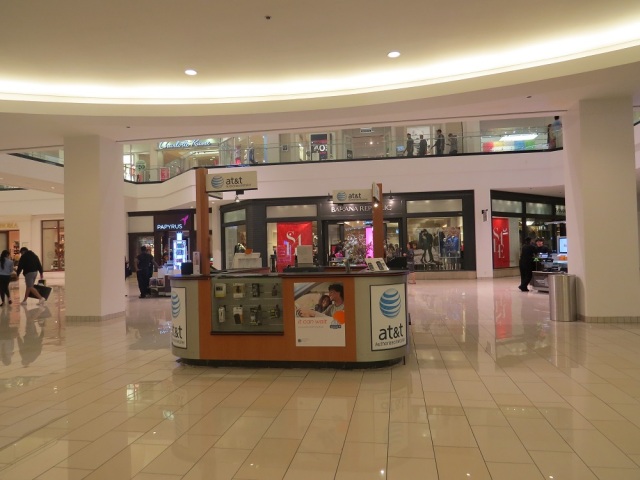 He found AT&T and was able to buy a sim card with unlimited calls and text for P50 dollars per month. I don’t know what the sales girl was thinking, but she told us that it included unlimited data as well. But until now we have not been able to use it. John’s been complaining about AT & T’s signal as well. Tsk.. tsk. I heard him said several times – he should have bought Verizon. 🙂

Anyway, I found the Food Court. 🙂 I was so happy I found Beef Kebob with rice. Oh my god, believe me that was delicious. John on the other hand found a large pizza. ha ha 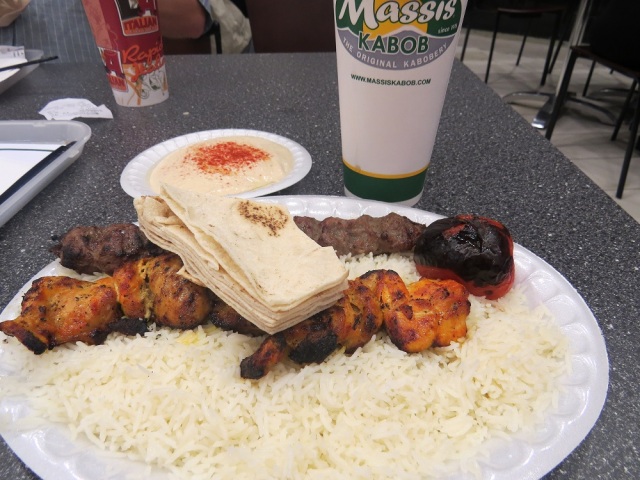 We didn’t find an Eddie Bauer shop. But we stopped at the supermarket/ department store. I suggested of buying a glass cleaner for the windshield and some paper towels. And then of course, John thought of the Atlas Map. 🙂

You know that turned out to be the best decision ever. Buying the road map, that is. It has been a really big help during this trip. You will know why as I continue in my next installment of this blog.

As the day ended, John and I walked around the hotel. Of course, I had to pose too. ha ha 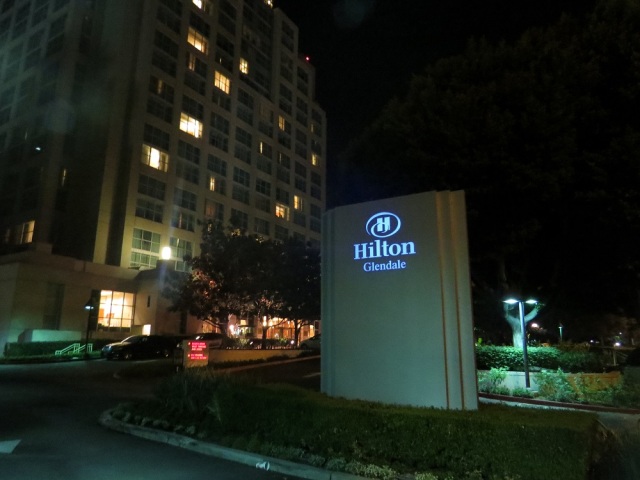 So this is how our 1st day in the US ended. 🙂 See you soon again guys for my next update!