Posted on September 23, 2012 by leawalkerblog

The first thing the hotel would offer any guests arriving in Palawan is the City Tour. I would also recommend this because it’s a nice introduction to Puerto Princesa City. The fee is only Php600.00 per person.

The tour guide, Ron,  assigned to us that day was very funny. So John and I , with the other guests had a good time.

First stop was Plaza Cuartel. This place had a dark history because this is where the Japanese soldiers burned 150 americans in an underground tunnel. The park looked so nice now but I felt sad knowing that a lot of people died there. 😦

The entrance of Plaza Cuartel. 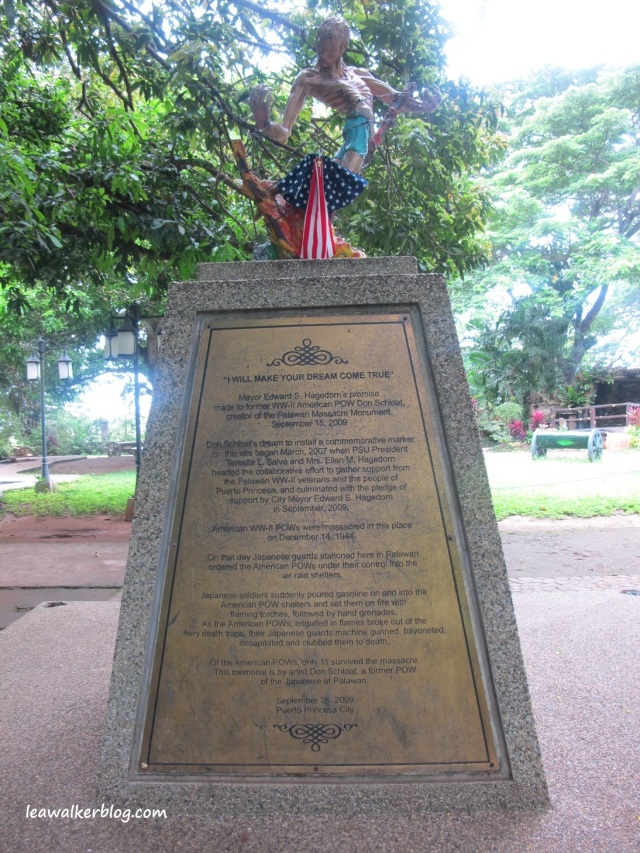 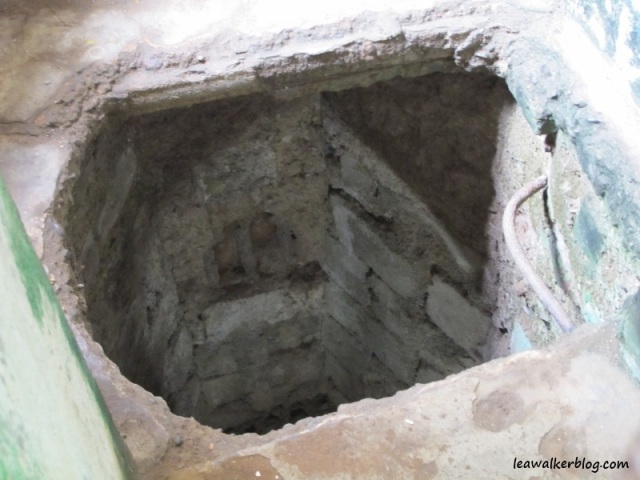 The entrance of the underground tunnel where 150 american soldiers were burned alive by the Japanese. 😦

Before we left, John and I went back to Plaza Cuartel. At the park near the monument.

We went back to Plaza Cuartel on our own before we left for Davao because John wanted to read the names of the massacre victims. He said that during the war , he had an uncle who was assigned in the Philippines. Sad right? 😦 Uncle Lester, he said, would never talk about what happened to him in our country during the war.

Across Plaza Cuartel is the Immaculate Concepcion Church. This was built in the 1800’s. We were given sometime to stay  and say a little prayer….

Inside the church. Beautiful right?

Of course, each vacation isn’t complete without Pasalubong right? lol  We were brought to this place to , of course, buy their local delicacies which consisted mostly of cashew nuts.

Other products I saw:

The products at the Pasalubong Center.

Puerto Princesa is also famous for south sea pearls. 🙂 So you’ll find a lot of display at the gift center. I went back there on our last day and bought me some.

The biggest crocodile in the Philippines is in Mindanao. We saw Lolong during our Surigao trip last month. –https://leawalkerblog.com/2012/08/26/surigao-escapade-day-1/

But the 2nd biggest crocodile was found in Palawan. His name is mac-mac. Short for the name of the town where he was caught – Macarascas. 🙂

Macmac, the 2nd biggest crocodile in the Philippines.

One of the many cages…

Holding a small one. The mouth was taped of course. lol 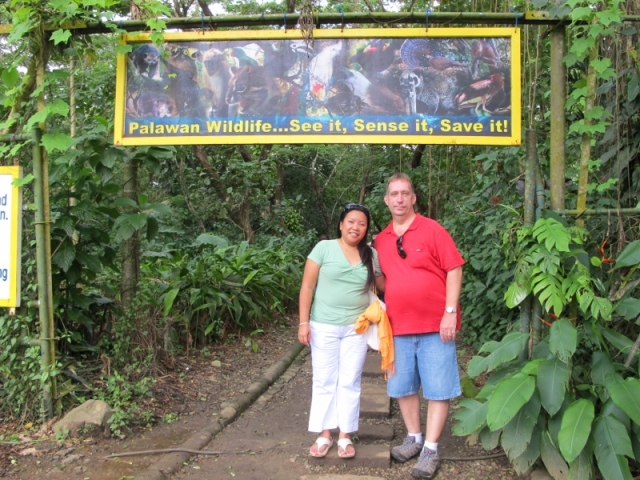 After visiting the crocodile cages, we went out near the forest area. It was a little bit muddy that time because it was raining on and off. But there are concrete footsteps so it was ok. I like the forest and the birds inside. 🙂 They also had a bear cat. But it was shy. It won’t come out of his small house.

Our next agenda was a visit to Mitra’s Ranch. The rest house was built like a pyramid on top of a hill. This area is like Tagaytay. Since it’s on top, it’s cooler than the rest of the city. Also the place was overlooking Honda Bay.

Ok, one final stop was Baker’s Hill. I love hopia, so I bought several small boxes for me and for pasalubong purposes. lol

Another thing I liked about the place, they had several restaurants in the area. One is a pizza house. A seafood restaurant that serves buffet. And another restaurant that serves western food. You have choices, you see. So you won’t get hungry. It’s just too bad that it’s about 30 mins away from the City. According to our guide, most families go there during weekends with their kids. They have a small playground that children love, that’s why. 🙂 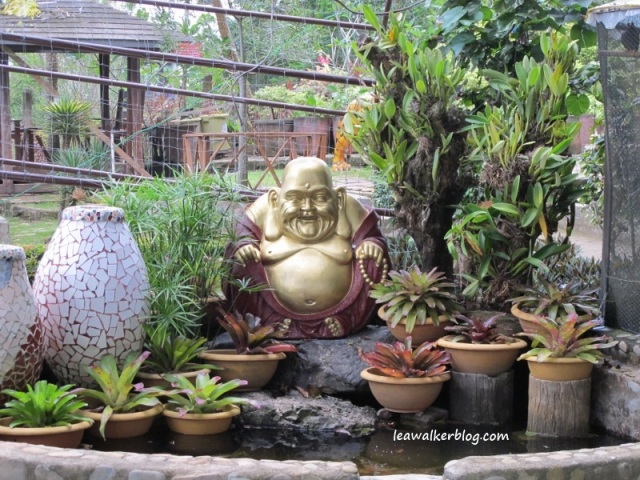 Dinosaur area. That’s one of the reasons why children love their place. 🙂 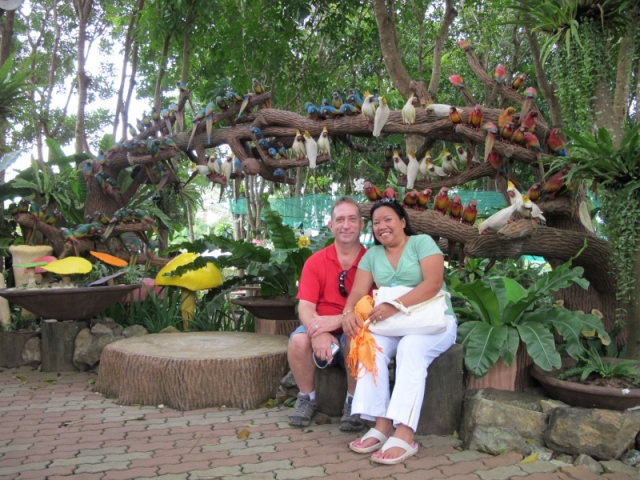 One of the restaurants at Baker’s Hill.

All those experiences for a fee of P600.00 . Not bad right? Plus we made friends again.

Thank you Ron for making us laugh that day.