Posted on September 18, 2011 by leawalkerblog
Another magical experience I had was a visit to Angkor Archaeological Park in Siem Reap, Cambodia last month.  It is difficult to express it with words but I will do the best I can to describe how it was for me. So here’s my second installment on our Angkor visit. (For my first article, please read: http://leawalker.blogspot.com/2011/09/angkor-archaelogical-park-bayon-temple.html)Ta Phrom, to borrow the words of Wikipedia,  is the modern name of a temple at Angkor, Siem Reap Province, Cambodia, built in the Bayon style largely in the late 12th and early 13th centuries and originally called Rajavihara (in Khmer: រាជវិហារ). Located approximately one kilometre east of Angkor Thom and on the southern edge of the East Baray, it was founded by the Khmer King Jayavarman VII as a Mahayana Buddhist monastery and university. Unlike most Angkorian temples, Ta Prohm has been left in much the same condition in which it was found: the photogenic and atmospheric combination of trees growing out of the ruins and the jungle surroundings have made it one of Angkor’s most popular temples with visitors.
Our tour guide, Sody, tried to explain that to us but I was so busy taking pictures and feeling the place,  that I really don’t  remember everything he told us.  🙂  Sorry, Sody!
Ta Phrom is one of the busiest temples of Angkor. Thanks to Angeline Jolie who shot part of the movie, Tomb Raider in the area. When we were there, we had to wait until the other tourists were done shooting before we could take ours. Or you’d have to share it with them. haha
Ta Phrom’s beauty is mystical. It is kinda eerie when you see the huge trees overtaking the temples. But that’s where its beauty lies. Nature and ruins blended together, perfectly…. 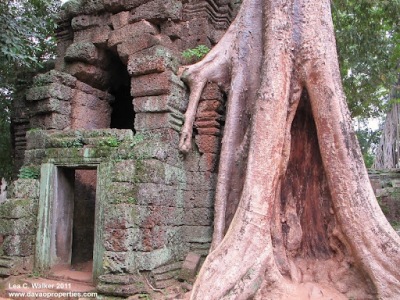 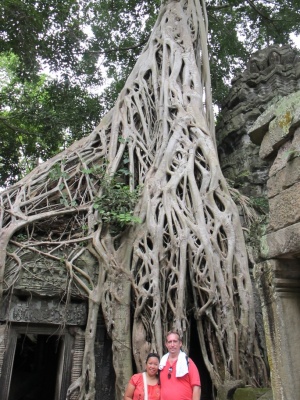 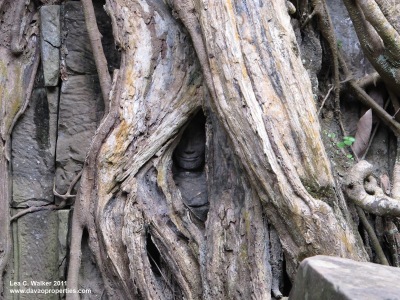 Check the face in between the roots. 🙂 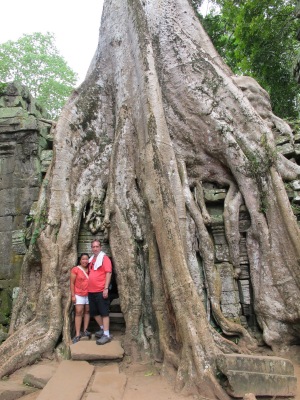 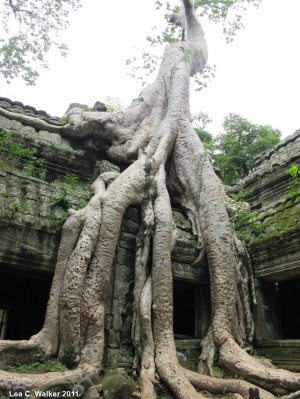 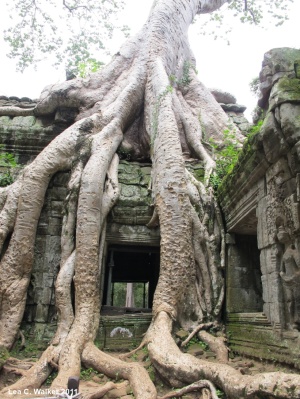 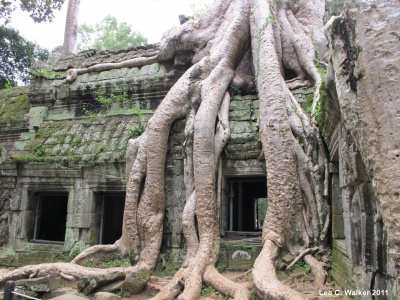 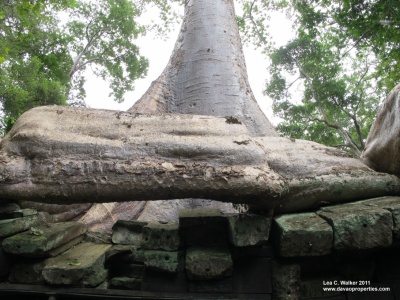 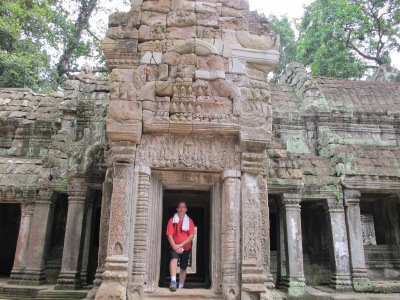 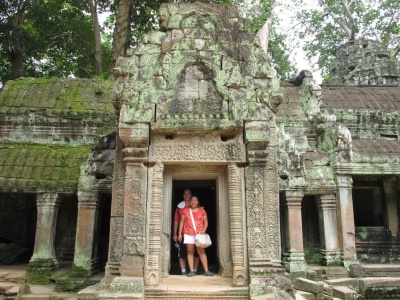 I wondered how this place looked like back then. It must have been a grandiose and regal temple fitted only for royalties. What amazes me until now is the fact that they did all those by hand. The construction and the carvings must have been very difficult. Not to mention the materials which they mostly took at least several miles away from its present location.

Ta Phrom is just one of the many temples in Angkor. Given the chance, I will surely go back there to check the rest of the ruins.