The Temples of Angkor

Angkor Archaelogical Park is composed of more than 1,000 temples. So it’s impossible to see all of them if you’re visiting for less than a week. We only stayed in Siem Reap for 5 days so we were able to see the famous temples only.

Mind you, it took a lot of walking. So be sure that you’re wearing a comfortable walking shoes. I mentioned this also before, buy a bottle of water outside the park because it costs 1 dollar per bottle inside. If you buy from the convenience store near your hotel, a dollar will give you several bottles already! Also, don’t forget to bring a small towel. You will need it. It gets humid when the sun is up.  Another blogger I know, chyng reyes of www.chyngreyes.com brings her own umbrella wherever she goes. 🙂 That helps a lot too…

So, let me walk you through the other temples of Angkor, which I took after our Bayon Temple Tour. 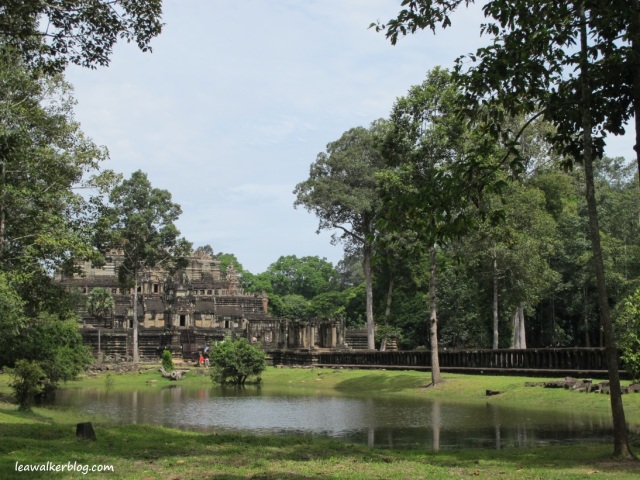 I love the view of this temple. It looks regal even if it’s in ruins now. Imagine, how beautiful this was in the 12th century… 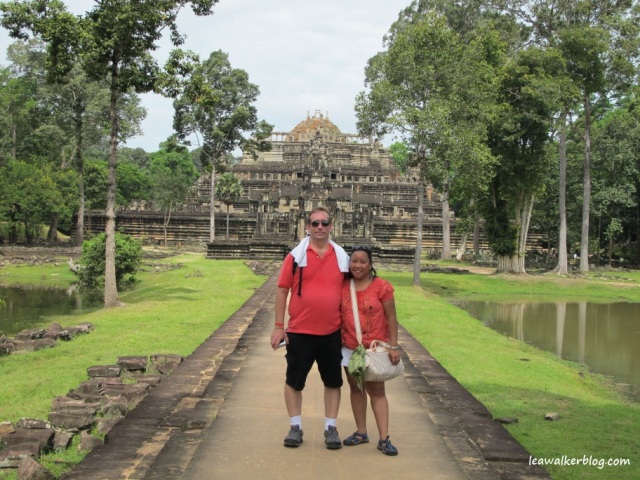 Thanks to our tourguide Sody for this picture. 🙂

I’m glad that Unesco is preserving this place. Thanks!

Another temple. There are so many temples like this scattered around the park.

Terrace of the Elephant. 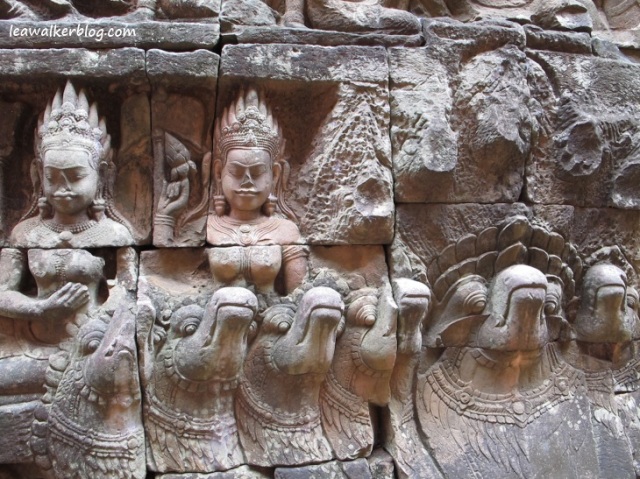 This is the statue of the Leper King. Wikipedia says:

The Terrace of the Leper King (or Leper King Terrace) (Khmer: ព្រះលានស្តេចគំលង់, Preah Learn Sdech Kunlung) is located in the northwest corner of the Royal Square of Angkor Thom, Cambodia. It was built in the Bayon style under Jayavarman VII, though its modern name derives from a 15th century sculpture discovered at the site. The statue depicts the Hindu god Yama, the god of Death. He was called the Leper King because discoloration and moss growing on the original statue was reminiscent of a person with leprosy, and also because it fit in with a Cambodian legend of an Angkorian king who had leprosy. The name that the Cambodians know him by, however, is Dharmaraja,[1] as this is what was etched at the bottom of the original statue.

If you like history, I would really recommend for you to include in your “To Do List” a visit at Angkor Archaeological Park in Siem Reap, Cambodia.

Learning about their culture and  experiences is worth the trip. For Filipinos, there’s a direct flight now from Manila to Siem Reap by Cebu Pacific – www.cebupacificair.com

Cambodia is really cheap. And if you book your hotel through www.agoda.com, you’d be able to get good deals. 🙂